As part of the completion of the project, the International Conference on Climate Change and Agriculture took place from 29/8 until 02/09/2017, at the premises of the Mediterranean Agronomic Institute (MAIC), in Agrokkipi, entitled ” Changes in agriculture from climate change “and participation was free of registration fees. The conference was organized by the Institute of Olive, Subtropical Plants and Vine – ELGO “DIMITRA”, in collaboration with the Technical University of Crete, the TEI of Crete and the Mediterranean Agronomic Institute of Chania. The topics developed at the conference were as follows: “Agrotypos” S.A., which is a partner of the project, is also one of the conference sponsors. Mr. George Koumpouris, Coordinator of the Conference, informed “Agrotypos” about the main conclusions of the conference. Cultivations respond much better to climate change when soil is enriched with organic matter, as the plant gains more stable fertility, health and durability, and responds also better to extreme climatic phenomena. Specifically for the olive groves, this is achieved through the oLIVE-CLIMA cultivation practices, which tend to be adopted by a large percentage of farmers as they are advantageous not only for the environment but also for themselves. For example, frequent monitoring of a tree’s growth reduces interventions on an annual basis, so the tree maintains better balance and better manages the fertilizer and the water it receives. This will have a more stable production and, ultimately, a better financial result for the producer. The producer should be aware of the developments in the know-how and in cooperation with the local agronomist to improve its practices and achieve a better result.

Book of abstracts is available at the following link, http://www.climate2017.eu/docs/Climate2017_Book%20of%20abstracts_20170828.pdf. There are also in every abstract the contact information of the authors, so that someone interested in can communicate directly with them and gain closer cooperation and more detailed information.

For the LIFE programme: http://ec.europa.eu/environment/life/

ANATOLIKI S.A. and LIFE oLIVE-CLIMA at the “EU GREEN WEEK” LIFE AWARDS 2019 and the SPARKSHOW, in Brussels

oLIVE-CLIMA is the LIFE Project of the month, for April 2018!

The newsletter of oLIVE-CLIMA for the last year of the project, 2017, available now on internet 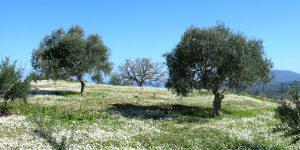